Should You Replace Your Furnace Before It’s Too Cold? 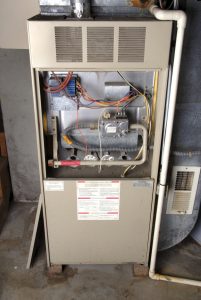 There are some things you own that you may replace well before they fail on you. For instance, you might replace your smartphone with the latest and greatest model primarily to take advantage of the camera. You replace your furniture even though it’s still in decent shape just to get a better color or upholstery.

However, there are some things you don’t tend to replace until they’ve completely given out on you. This includes home systems like the garbage disposal, clothes dryer, and, unfortunately, the furnace. We think it’s a mistake to wait this long to replace your heating system though.

The Problem with Last-Minute Heater Replacement

You may have no plans right now to replace a heating system that’s on the verge of failure. Most people don’t really think about it until a heating system completely fails to do its job. They figure that this will save them some money for a while. But the hassle isn’t worth it, and you’re likely paying too much anyway!

Signs of a Problem with Your Heater

We think it’s always better to replace a heater before it gives out for good. Pay attention to the signs of a problem with your heating system, or be proactive and replace it before you run into trouble.

Join our newsletter for updates and specials